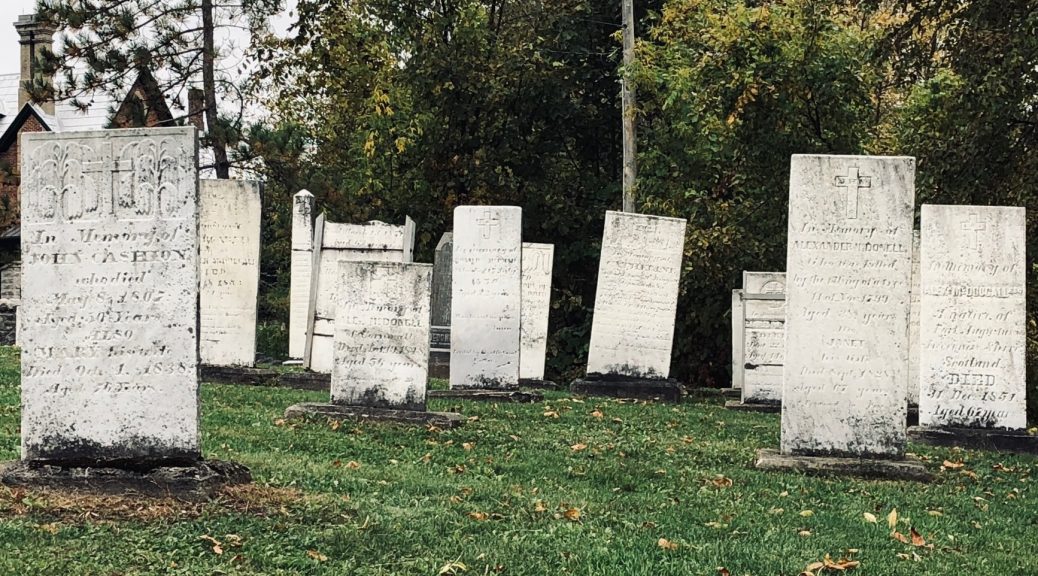 Beneath the ground, in numerous cemeteries located in Stormont, Dundas & Glengarry (SD&G), lie the mortal remains of Loyalists.

The St. Lawrence Branch launched a project, in 2018, to formally recognize these sacred locations. The project mandate: To identify and confirm the locations, and to erect an enduring plaque to signify the special importance of these sites (with the full permission of the landowner, of course). The plaque, illustrated below, commemorates the site in general; it does not name specific Loyalists. 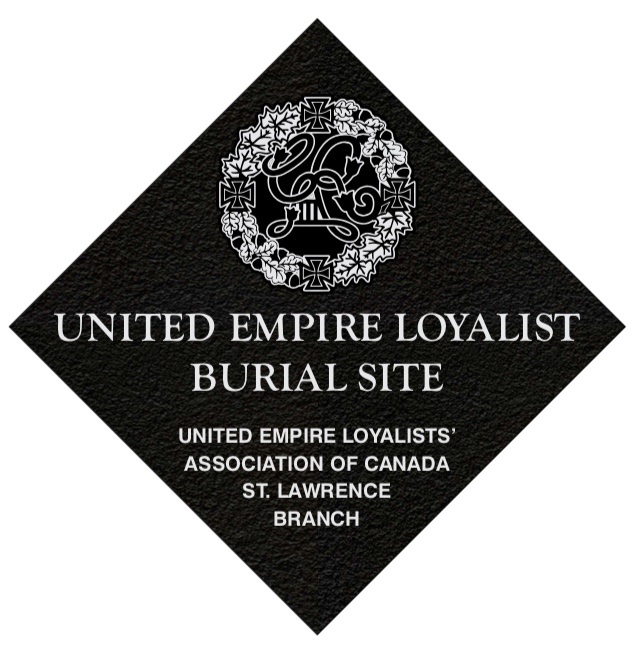 The first round of this project was funded significantly by the Edgar family, represented by James S. Edgar of Melville, Saskatchewan. We have also benefited greatly from a contribution from the UELAC Grants Committee, which provides moderately-sized funding for worthy branch projects, such as this. In addition, we received small contributions from interested parties. We are very grateful for all these contributions. Subsequent rounds of the project will be funded by the generous donations of an organization called Terrestres Servo Coronas. Please consult our news release for more information on that funding arrangement.

That first round involved the installation of plaques at two local cemeteries: Trinity Anglican Church Cemetery in the City of Cornwall, and St. Andrew’s United Church Cemetery in Bainsville. The unveiling of these plaques took place in June 2019. More plaques will be erected in 2020 and beyond.

The following is a list of cemeteries in SD&G that are confirmed (or soon-to-be-confirmed) Loyalist burial sites, organized alphabetically by municipal location. We expect to add more sites to this list, in due course. Click the name of the cemetery to view a cemetery-specific profile page, that provides more information. These profile pages are a work-in-progress; we plan to update and add more soon.

(Sites marked with an asterisk, above, are cemeteries whose tombstones were relocated from another location. Only sometimes were the remains moved along with the tombstone.)

The project is an enterprise to raise awareness of the Loyalist history of our region, focusing attention on the oldest cultural landscapes in our communities. Why is this important? Other that the obvious heritage reasons, the project may help prevent tragedies, as demonstrated by the 2017 demolition of St. John’s Presbyterian Cemetery in the City of Cornwall, pictured below.

This is not the first cemetery-related project that we have undertaken. In 2005, the St. Lawrence Branch and the Guy Carleton Branch of the UELAC, in conjunction with the re-created King’s Royal Regiment of New York, re-dedicated the tombstone of Loyalist Jeremiah French. Located in the Maple Grove Cemetery on the outskirts of the City of Cornwall, the re-dedication ceremony was attended by 150 people. French was an important figure in the early history of the area. Please follow this link for more information on that earlier project.

In addition, in 2004 member Mabel MacLean spearheaded a project to erect a new stone to commemorate her Loyalist ancestor, John Cameron, at Salem United Church Cemetery in Summerstown, Ontario. The stone was unveiled in a general ceremony that honoured all seven Loyalist buried at that location. For more information on that project and the unveiling, please follow this link.