The Calgary Branch sponsors an award in the History Department. An undergraduate student receiving the highest marks in a course on Canadian History is awarded $500 for the year earned.

Further funds are being added with the goal of raising the award value to $1000. Currently the University of Calgary has a Giving Day program where funds are matched over the period of April 11 to 21. The link for that program is at Giving Day.

The recipient for 2021 was Sabrina Kooistra. 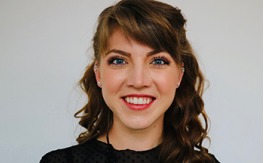 Sabrina is a fifth year Bachelor of Arts student set to graduate with a double major in History and Communications and Media Studies. She grew up on a small farm outside of Strathmore. She started freelance writing early beginning at the Strathmore Times and continued through university with articles in the Undergraduate History Journal.

The recipient for 2020 was Jacob Storek. 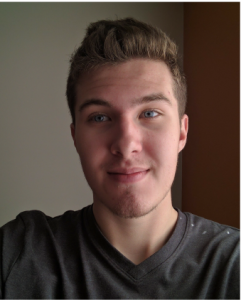 Jacob is in the fourth year of the Law and Society Program. He was born and raised in Calgary.

The recipient for 2019 was Laora Fondeflick.

The recipient for 2018 was Aidan Fehr. He was not at the presentation as he had moved on to further studies.

The recipient for 2017 was Blake Mitchell. 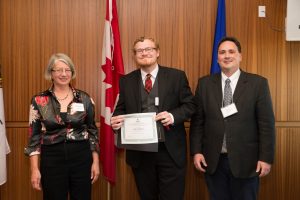 Blake Mitchell is a recent graduate with a BA in History with Honours from the University of Calgary. He’s been passionate about history for his entire life, and Canadian history ever since he watched Canada: A People’s History in school. In his spare time, he enjoys boating, skiing, and long walks in national parks. He feels it’s a tremendous honour to have won this award.